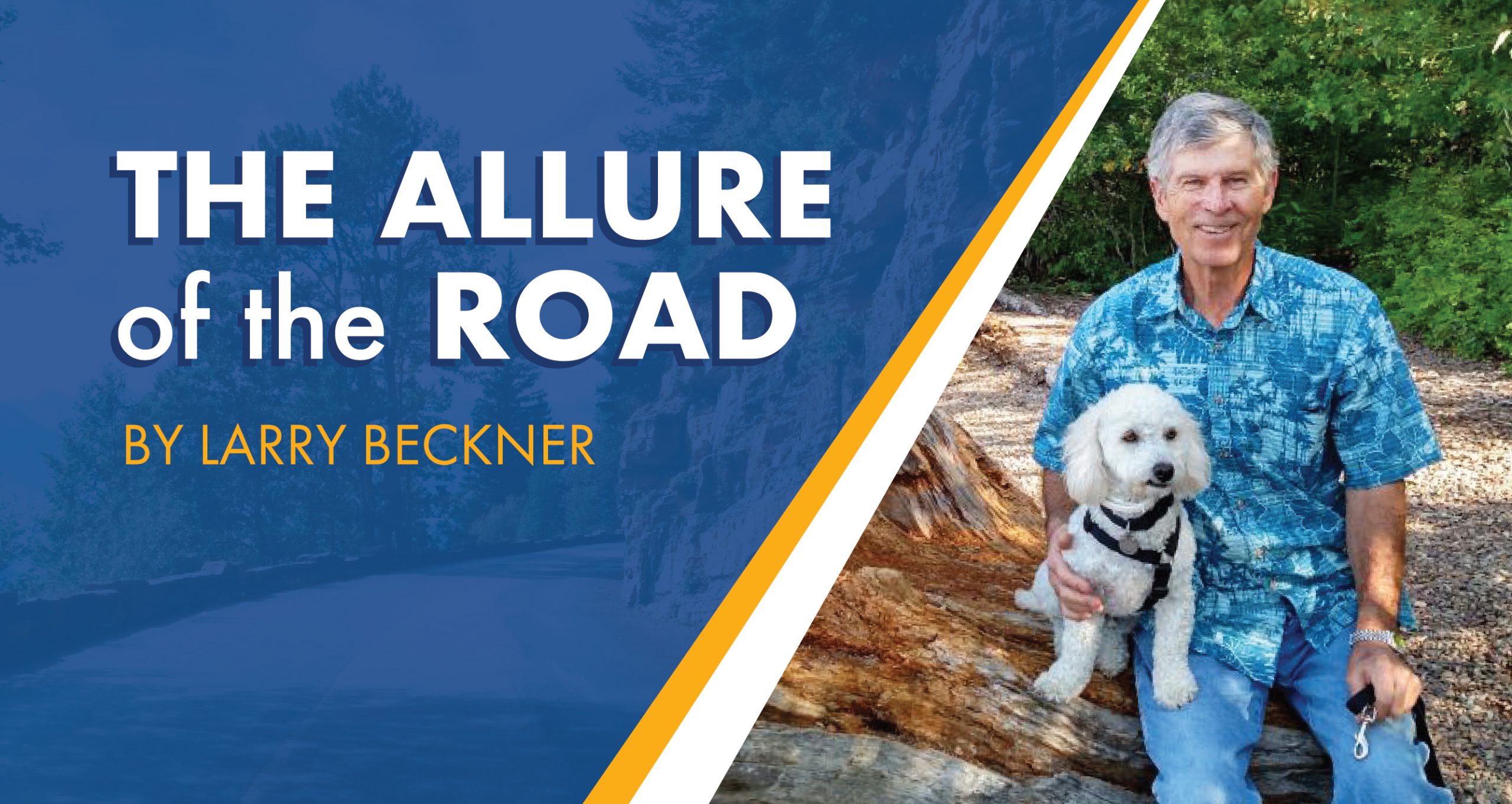 Allure: The quality of being powerfully and mysteriously attractive or fascinating.

Road: A wide way leading from one place to another.

Hi All – Larry Beckner here. For those who don’t know me, my wife Amy & I have been active part-time RVers since mid-1998 when we bought our first motorhome. I’ll cover our RV ownership history in a future post, but for now let’s talk about the allure of the road!

For me it started early. I was born in San Antonio, Texas. My father had an interesting job with a company called Western Good Roads Service Company, which was involved in the placement of advertising signs on roads and highways. My dad’s primary role was to travel around Texas and parts of Louisiana looking for viable locations to erect signs, followed by preliminary discussions with the relevant landowners.

Before I started elementary school and during summer vacations thereafter, I was able to accompany my dad on some of those trips. San Antonio was a smaller city in those days, so we didn’t have to go very far to be “out in the country.” For me it was big-time adventure – the open road ahead, looking forward to what might be around the next curve, over the next hill, or behind the fence surrounding a farmer’s or rancher’s property.

These trips were also the genesis of my enduring fascination with motor vehicles in all their various forms. My dad had a very cool black Plymouth Coupe, similar to the one in the following photo: 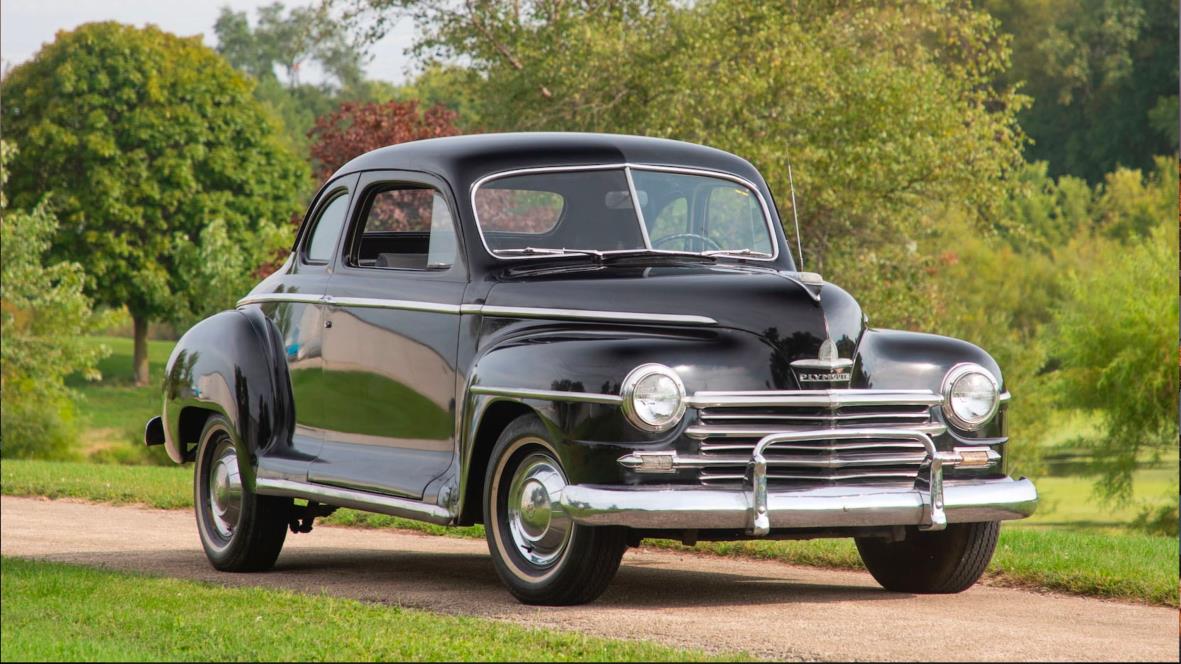 Like many cars back then, the Plymouth had a three-speed manual transmission with a column mounted shifter. And my dominant memory is that it had a speedometer that went all the way up to one hundred miles per hour. I actually got to see that speedometer touch 100 MPH one time (with my mother driving!), but that’s a story for another day. 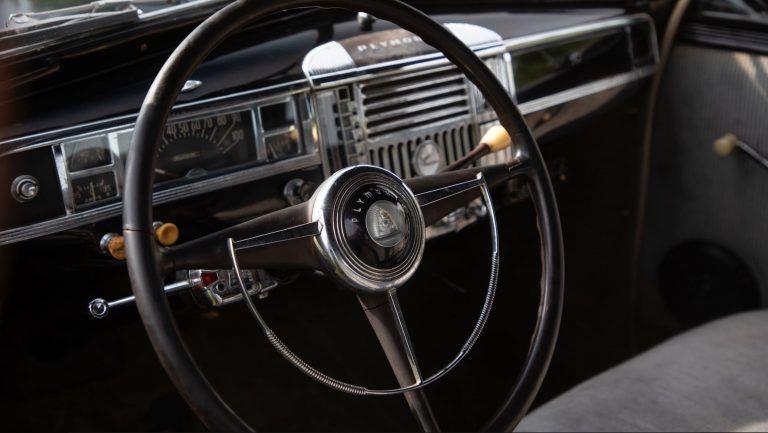 Another major reason for my fascination with motor vehicles was that my dad was friends with a man named Bob Hoffman who ran an auto repair business in downtown San Antonio. After working on customer cars all day in his shop, Bob would build race cars at night and on the weekends. Bob had driven race cars in his younger days, but got banged up sufficiently to shift his focus to building them.

My dad liked racing and often took me to the Saturday night events at our local track, where Bob and his driver competed. I was hooked and have been a racing fan (and occasional competitor) ever since. So for me, the allure of the road includes not just back roads and highways but race tracks and drag strips as well. Here’s a photo from 2007, taken at the legendary Auto Club Raceway in Pomona, California when I was enrolled in Frank Hawley’s two-day drag racing class to obtain a National Hot Rod Association competition license. (Yes, I realize my hair was SLIGHTLY darker at that time, but it was 15 years ago so cut me some slack…)

My first car was a 1955 Chevy, similar to the one in the following photo, except the only white on mine was the roof. I bought it from a guy who had swapped the original 265 cubic inch engine for a 327 cubic inch Corvette engine. Paid him $600 for the car, put $2,000 or so into it over the following year, then sold it back to the same guy for $650 when I got a non-optional invitation from the government to become part of the U.S. Army. Yes, it was a very good lesson in how to NOT make money spiffing up cars.

Another good lesson I learned with that car was to plan a long trip before making one. After receiving my draft notice, I decided to make a trip from southern California to San Antonio, Texas to visit my mother – you know, just in case being in the Army cut my life a bit shorter than I had in mind. Left southern California early one morning and made it to El Paso. Figured I was close to San Antonio so I might as well stop, enjoy a nice meal, and get a good night’s sleep.

Slept in a bit the next morning, had a breakfast fit for a king, filled the car up with gas and hit the road. Not far out of El Paso I saw a sign saying, “San Antonio – 565 Miles.” My reaction was along the lines of “No way that can be right!” About 30 miles later I saw another sign saying “San Antonio – 535 Miles.” Did some mental math on how long that was going to take at 65 MPH and promptly applied more pressure to the gas pedal. Yep, Texas is a BIG state!

After completing Basic Training at the not-especially blissful Fort Bliss in El Paso, Texas the Army assigned me to a data center in Atlanta, Georgia. Apparently some aptitude tests the Army administered during Basic Training indicated I was suited for computer programming. When I reported for duty at Fort McPherson in Atlanta the officer in charge of the data center looked at my paperwork and said, “I don’t know why they sent you here – we don’t need any more programmers.” My response was, “Well, that’s good because I don’t know anything about programming.” He took mercy on me and said he’d put me to work doing something or another.

I ended up sharing an apartment with two fellow soldiers, one of whom had a sixty-something Dodge similar to the one in the following photo, though considerably less pristine: 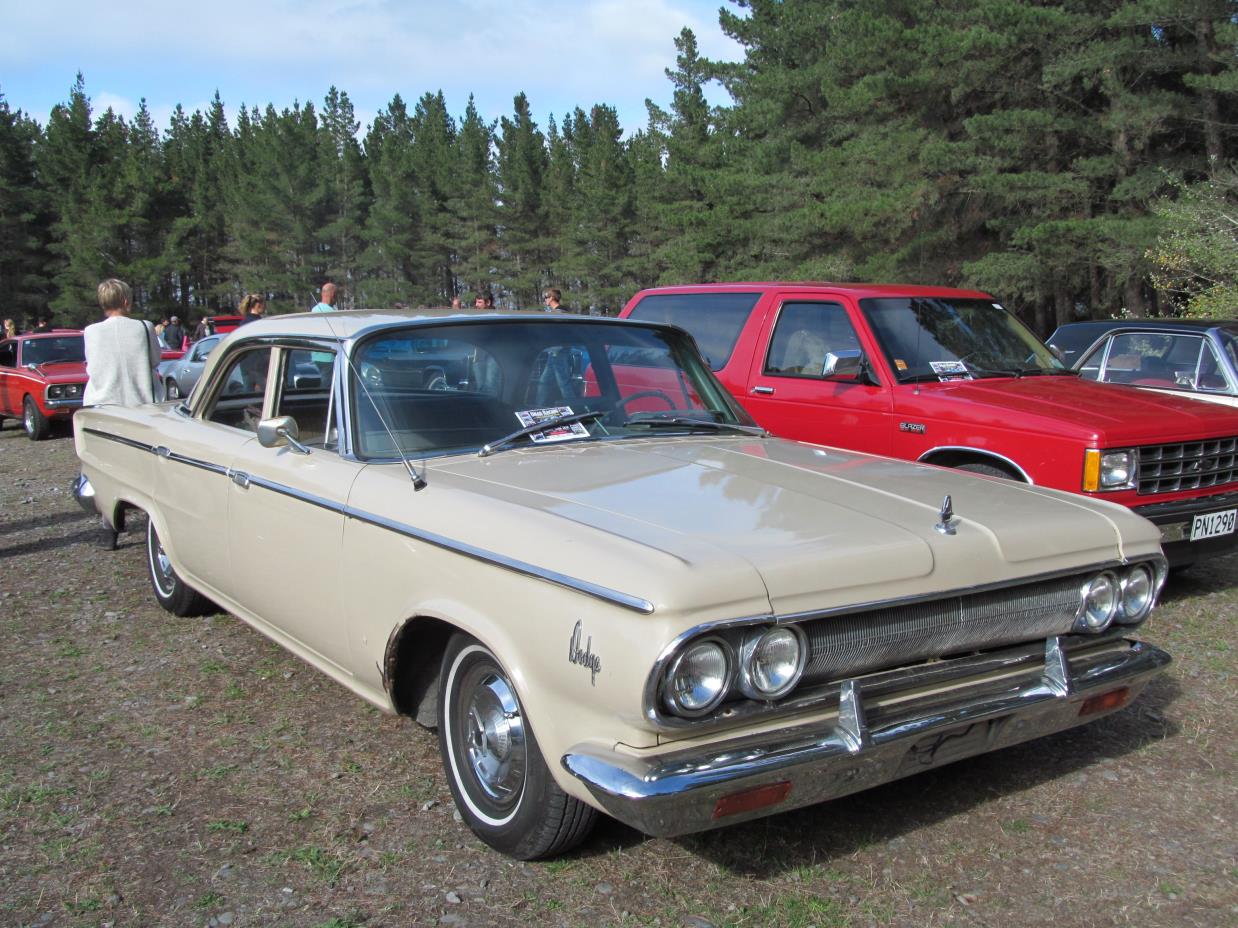 It was big, it was ugly, and it gulped gas, but we had our share of fun exploring the highways and byways of Georgia and Tennessee in that car. The southeast is very different from Texas and California and I found it fascinating, especially the backroads.

In May 1967, we took the Dodge to Indiana (the hometown of my roommate Terry) to attend the Indianapolis 500. Got to see all of 18 laps before it started raining. The race was rescheduled for the next day, but we were on short-term passes and had to get back to Atlanta for duty. Seems like we convinced ourselves it was fun anyway.

Thanks, that’s probably enough for one post. Stay tuned for more “Allure of the Road” stories in our next installment!